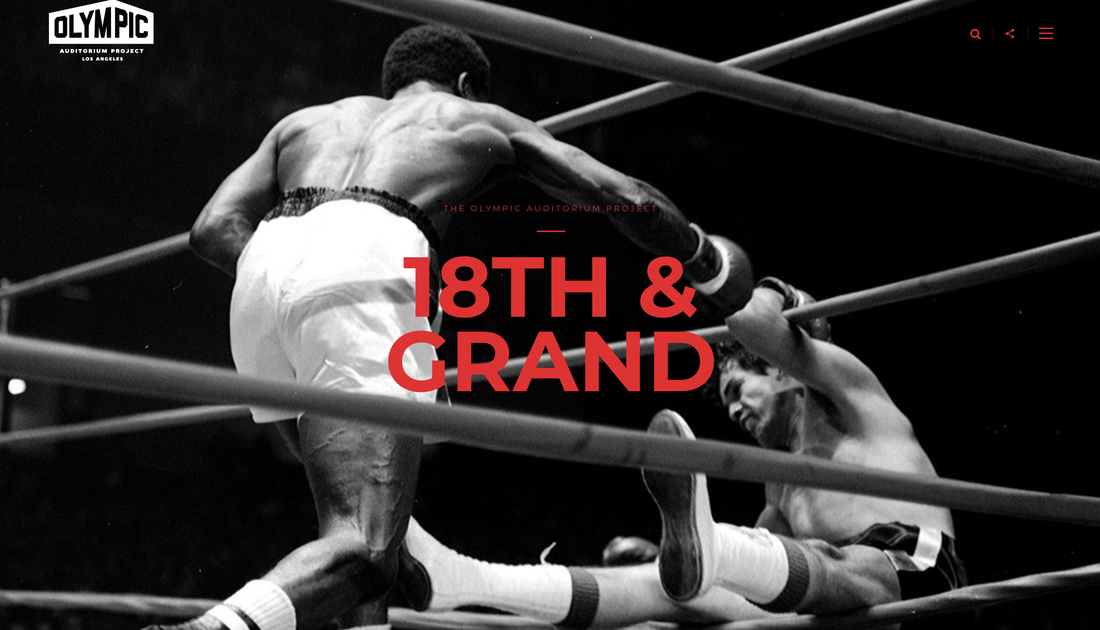 This is definitely the little film that could! It's a labor of love from Director Steve DeBro, telling an amazing story of a legendary venue (The Olympic Auditorium), the characters it attempted to contain and its long-time, tough-as-nails proprietor, Aileen Eaton.

The Olympic Auditorium opened in 1925, a massive, state-of-the-art arena built to match the ambitions of a city on the come. The Olympic was a wild, indestructible palace of violent entertainment for eight decades, and Aileen Eaton managed the mayhem for the better part of its existence. Taking over in the midst of World War II, Eaton thrived in the hyper masculine world of boxing and wrestling, building and influencing stars like Gorgeous George and Muhammad Ali, facing off against Mickey Cohen and the mob, and navigating the Olympic through changing times and tastes. When she retired in 1980, the Olympic became the largest punk rock venue in the U.S. and the launchpad for live music giant Goldenvoice. 18TH & GRAND: THE OLYMPIC AUDITORIUM STORY dynamically recasts the L.A. story, featuring diverse, unforgettable voices, a forgotten heroine, and the battles that shaped a city.